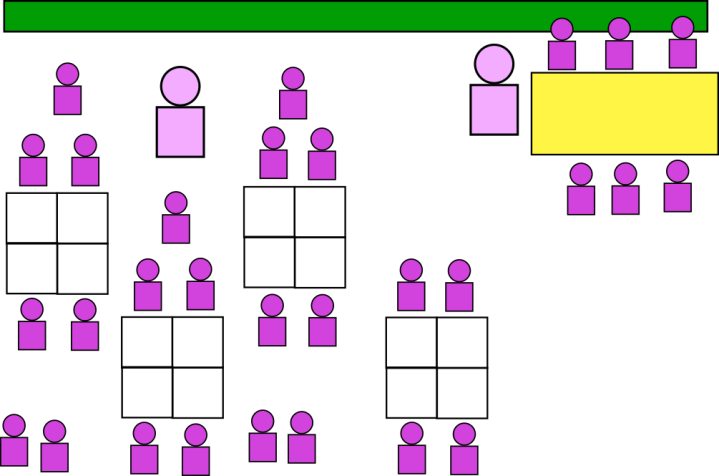 My son attends an “open concept” school, a term that belittles the potential for such learning space. Before he started attending that school, I had heard of “open concept” as a fad that passed through schools in the 1970’s and fell out of fashion due to their unwieldiness. I had an image of two hundred students corralled in a gym-like room with their teachers trying to shout over the hundreds voices reverberating off the walls.

First off, that image is woefully misrepresentative, at least at my son’s school. Each “pod” has two grade levels in it. And even each pod has enough physical distance and visual blocks between the grade levels that there’s never really an issue of noise. In fact, the first thing that struck me when I was touring the school a few years ago was how quiet it felt. The students in the “open concept” school were much better at regulating their voices and being aware of their peers needs than in a smaller classroom with fewer students.

But that’s not the biggest boon offered by this open concept – as realized by my son’s school. The biggest boon is that teaching is a team approach at this elementary school. Each grade has 50 students with two professional instructors. While each student technically assigned to a home teacher, the day is fluid.

When you have two teachers teaching 50 kids, rather than one teacher teaching 25, it opens up endless possibilities for small group workshops, differentiation, and enrichment. One teacher can work with a handful of students while the other teacher can facilitate the rest of the grade. If one teacher is passionate about, say, Science and the other Social Studies, they can utilize their particular teaching strengths or passions. The two teacher divide and conquer certain subjects and certain concepts. By having the same room, their planning time is more natural and organic.

Even more than the logistical, technical, and pedagogical advantages of a team teaching approach for elementary school is the assurance that there is nearly always an adult in the room who knows every student on a deep level (and vice versa). Substitute teachers were always difficult for my son to handle: they don’t know the rules, they’re not following the schedule, and so on. Now, even when one teacher has a substitute, with rare exception he can make eye contact with the other teacher that knows him well and how he struggles in certain environments. If one teacher needs to go to an IEP meeting, the class doesn’t get put in “time out” or “baby-sitting mode.” If a kid is having a melt-down one teacher can take him or her aside without pausing the entire class.

I realize it’s not possible for schools to employ team-teaching. The numbers have to work out kind of nicely, with the number of teachers-per-grade being even. The physical space needs to be amenable to such a work space. The teachers require a level of professionalism and trust that isn’t as necessary when everyone is siloed. But it works at my son’s school and it works for my son. Every day he knows there will be someone in the class who knows him, and he never goes a day without seeing friends from previous years.