I had the honor of co-designing and MC’ing the first ever PBL Chopped competition at the New Tech Annual Conference in July. While this is typically a blog about math instruction, this experience welcomed all content areas and all grade levels, teachers, principals and instructional coaches. It was an absolute blast and the teams were incredible. It’s so fun to be an observer to this cross-curricular design sprint. Below is a recap, followed by a link to additional resources and commentary – geoff

ST. LOUIS, MO — The only thing more intense than the current of the Mighy Mississip was the sweltering PBL Kitchen. Eight teams entered the Steelcase room on an overcast Saturday afternoon hoping to design the “tastiest” of projects based on three mystery “ingredients.” These ingredients came in the form of three randomly selected standards from across the curriculum.

Each team had 20 minutes to design the outline of a PBL unit based on the following standards which were drawn at the time of the competition.

As soon as the standards were drawn, the first round of the competition began in a flurry of ideation and activity. Teams scribbled on whiteboards provided by Steelcase. Participants. The end of the 20 minutes was punctuated by a “3…. 2….1… Markers down! Cooking time is over, chefs!” Exasperated from the intensity, participants – teachers and principals alike – let out a cry of triumph. While the design of a PBL Unit – with carefully selected and uniform standards – can take hours, competitors had come together to create an engaging, meaningful project in 20 minutes. 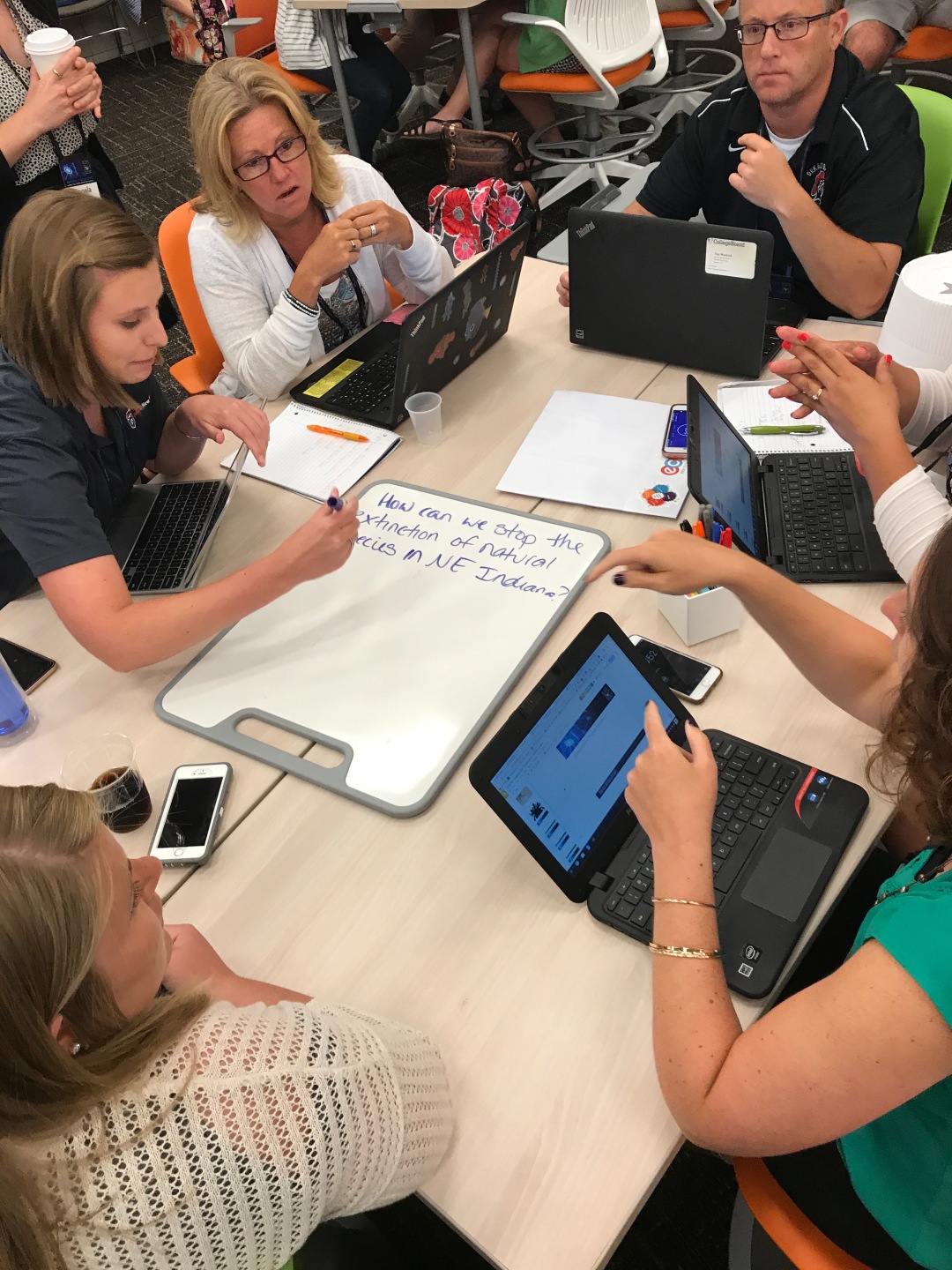 As before, 20 minutes flew by in a flash and the three teams developed PBL Units that would be uniquely engaging and meaningful to their students. They presented to the judges who asked them critical questions to get a sense of the scope of the project and the team’s understanding of the project.

After two rounds of high pressure, minimal time PBL design one team was left standing. The judges – after much deliberation and pained conversations – came to the unanimous conclusion that Scottsburg New Tech‘s final project was the one to take them over the finish line. They were announced as the winners at the next morning’s plenary session.

(Note: in addition to the recap here, you can find additional information, commentary, and details on the New Tech Network blog. [link coming soon!])

This work is licensed under a Creative Commons Attribution-NonCommercial 4.0 International License.